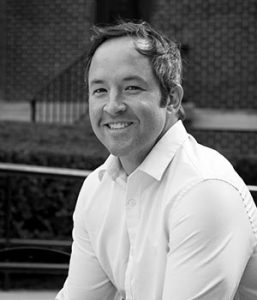 “The hidden half: How interactions between plants and microbes belowground drive ecosystem responses to global change”

Accurate projections of the future land carbon sink by global climate models depend on how they represent nutrient constraints on primary production. While empirical research has highlighted the rhizosphere (i.e., the area immediately surrounding roots) as a hotspot for the trading of carbon for soil nutrients between roots, mycorrhizal fungi, and free-living microbes; these important plant-microbial interactions are missing in the models.  Here, I will explore recent efforts to integrate root and mycorrhizal processes into models. First, I will make the case for including plant-microbial interactions in models by highlighting empirical evidence of their role in driving ecosystem responses to global change.  Second, I will show recent advances we have made to integrate dynamic interactions between plant and microbial functions into ecosystem and global scale models.  Finally, I will discuss preliminary efforts in my lab to begin integrating -omics data on microbial traits and functions into soil decomposition models.

Single cell RNA sequencing (scRNA-seq) has enormous potential to contribute to our understanding of cell type, tissue structure and homeostasis, development, and pathology. Yet, there are few examples so far where the application of this powerful technology has enabled the identification of a novel, functional cell population. In the first (largest) part of my talk, I will show how my lab exploited scRNA-seq to uncover a new cell type in the adipose stem cell-enriched stromal vascular fraction (SVF) of mouse and human adipose depots. To our great surprise, we found that this novel cell population is not only refractory to fat cell differentiation, but it also actively inhibits adipogenesis of other adipose SVF cells in vitro and in vivo, hence why we named them Aregs for Adipogenesis Regulators. Thus, our findings point to a critical role for Aregs in modulating the plasticity and metabolic signature of distinct fat-cell containing systems, where they may constitute essential components of the elusive adipogenic precursor niche, together providing entirely new biological understanding of how tissue development and homeostasis may be regulated. In the second part of my talk, I will introduce a new scRNA-seq technology that we developed in our lab, DisCo, a deterministic, mRNA-capture bead and cell co-encapsulation dropleting system. DisCo enables precise particle and cell positioning and droplet sorting control through combined machine-vision and multilayer microfluidics, enabling continuous processing of low-input single cell suspensions at high capture efficiency. I will demonstrate how we can now use DisCo to analyze individual systems / tissues such as single intestinal organoids or crypts, revealing unexpected organoid/tissue subtypes that would not have been visible when processing organoids/tissues in bulk. Thus, DisCo should prove a valuable tool for anyone interested in analyzing individual, low cell-content systems that fall below the minimum cell input requirements of routinely used scRNA-seq approaches such as the one from 10X Genomics.

U of I Professor Chris Marx Awarded DOE Grant

U of I Department of Biology Professor Chris Marx has been awarded a $1.4 million grant from the Department of Energy to support his project “Converting methoxy groups on lignin-derived aromatics from a toxic hurdle to a useful resource:  a systems-driven approach”. This project involves the Marx and Vasdekis labs here at University of Idaho, as well as the labs of Ceci Martinez-Gomez at U.C. Berkeley and Jeremy Draghi at Virginia Tech.

Lignin-derived compounds from plant biomass are highly abundant, usually 20-40% of plant biomass, but they are amongst the most recalcitrant for microbial conversion into valuable products like biofuels. Acid hydrolysis of lignin converts the polymer into a wide variety of aromatic molecules which are often toxic. Because many of these aromatic molecules also have methoxy groups that are released as formaldehyde during degradation, this creates a second major source of toxicity. In an earlier DOE-funded project, they discovered that some Methylobacterium strains grow exceptionally well on aromatics, and do not release formaldehyde into the medium from the methoxy groups while they do so. Given that we have recently discovered novel formaldehyde stress response systems in this organism, this represents a good chassis for biotechnological development.

Over the course of developing Methylobacterium extorquens into a model system for conversion of methoxylated aromatics, one fundamental challenge has been that genetically-identical populations of cells exhibit tremendous cell-to-cell variability in key phenotypes. There is significant heterogeneity in growth, viability, and metabolic processes. This led to the hypothesis that the physiological thresholds that lead to cell-to-cell variability within a single genetic strain will also exist for mutations or environmental variables that affect the same processes. As such, variability amongst cells is not just a challenge, in terms of the instability of growth and production, but may actually be an opportunity, providing information as to which aspects of cells can be manipulated to develop effective biotechnological processes from these difficult feedstocks.

IMCI invites applications for two of our initiatives. Both initiatives support research that involves modeling from any field. Also note that we are hosting a Brown Bag Lunch discussion of DAGs specifically for researchers from CLASS and other colleges that may be unaware of the opportunities we offer – see details below. Anyone who wants to learn more about out Data Access Grants is welcome to attend.

To enable researchers to generate preliminary data for research grant proposals, IMCI is awarding Data Access Grants (DAGs). These grants do not cover personnel; rather, they cover costs (generally <$4000) to generate needed data. Examples of services and items we will consider include DNA sequencing, ddPCR, cryo-EM, mass spectrometry, reagents for an experiment, data purchase, a pilot survey, or software. We will consider other requests in the range of a few thousand dollars with strong justification related to a specific modeling-based grant proposal. Any area of research that involves modeling will be considered. DAG deadlines will occur 4 times per year.  The next deadline is January 18th, 2022. Review the guidelines for information on how to apply.

IMCI supports individuals or groups preparing to submit grant proposals within the next year through the Modeling Access Grant (MAG) Program. MAGs do not provide funding but rather expertise in the modeling aspects of a grant proposal, including developing preliminary models for inclusion in the proposal. Any area of research that involves modeling will be considered. Applicants should consult IMCI Associate Director Marty Ytreberg prior to developing a MAG proposal to obtain advice on whether current Collaboratorium resources match the investigator’s needs. MAG proposals are short and will be accepted anytime during the year; the approval process can generally be completed within two weeks of receipt of the final proposal.