A special thanks to U of I science writer Leigh Cooper in Communications and Marketing for helping us celebrate IMCI molecular modeler, Dr. Jagdish Patel! View the original article in the College of Science’s feature section. Some of Jagdish’s work was recently published in Science Magazine. He is an accomplished researcher and we’re proud to have him on our team.

The word “model” evokes many images such as a woman strutting down a Fashion Week runway or a model home. For scientists, a model represents a complex system such as the ocean’s currents or the economy. Scientists construct computer models to analyze, explain and simulate situations too multifaceted to study in the real world.

When molecular modeler Jagdish Patel sits down at his keyboard, he doesn’t model global markets or fancy homes. Instead, the University of Idaho research assistant professor focuses on how microscopic biomolecules interact.

Patel and U of I developmental biologist and vision scientist Deb Stenkamp wanted to understand the relationship between proteins and color vision. As members of the Institute for Modeling Collaboration and Innovation (IMCI) — U of I’s multidisciplinary, collaborative research program that houses biomedical research modeling experts — they began studying opsin proteins, which are light-sensitive proteins in the eye. IMCI’s Modeling Access Grant funded their work.

“If we succeeded, we could ask questions about the evolution of sight and afflictions of the eye that would be too expensive or time consuming to test using lab-based experiments,” said Patel, who is in the Department of Biological Sciences.

To achieve this goal, Patel first generated a 3D model of the opsin protein from its amino acids, the building blocks of a protein. Although complex at the molecular scale, the basic shape of an opsin is simple — it’s a cage. Patel then brought the cellular environment to life by adding the movements resulting from being in eye fluid.

During his research, Patel was specifically interested in asking questions about a chemical called retinal, which sits within the opsin. The retinal is basically a bird in an opsin cage, Patel said.

Depending on little differences in the sequence of amino acids that form the opsin cage, the shape of the retinal may change. Changes to retinal configuration can result in an animal seeing a greater range of colors. For instance, a mutation within a species that sees only green light may tweak the conformation of retinal enough that the species can see green and blue light.

The task Patel and the rest of the team attempted was very difficult, and none of them were sure it would succeed. But it did, said Holly Wichman, director of IMCI, and it has led to multiple publications and two international collaborations.

“This demonstrates the power of interdisciplinary teams and reinforces the IMCI motto — modeling improves research at every stage,” said Wichman.

Bring in the Modeler

Patel is now tackling a wide variety of questions related to eyesight. He helped an international group of researchers investigate vision in deep-sea fish using his modeling approach. The deep-sea fish had opsins in light-sensitive cells called rods, which are usually used for night vision, not color vision. Using Patel’s approach, the study concluded some deep-sea fish species may have highly sensitive, rod-based color vision, likely green and blue.

Patel is also working with Chinese and British collaborators to study bats that have lost the ability to see ultraviolet light. In addition, Patel is a project director on an IMCI pilot grant to develop a tool that predicts how small changes in the amino acids that make up opsin affect the colors the opsin detects. Patel hopes his findings will be a steppingstone toward engineering opsins suitable for optogenetics — using light and genetic engineering to control brain cells — or developing targeted therapeutic strategies for eye diseases.

“Molecular models can solve such different problems,” Patel said. “On one hand, I’m currently using models to design anti-depressant and anti-cancer drugs. But I’m also helping a team from U of I’s Virtual Technology and Design build an educational tool for interacting with proteins in virtual reality.”

In addition, modeling has led Patel into pharmaceutical research involving the devastating Ebola virus. He screened thousands of computer-simulated molecules against a 3D model of Ebola virus protein to identify the molecules that might block Ebola virus’ ability to attach to humans. Currently, Patel is looking into patenting the most promising molecules.

“With a molecular model, you see things that you can’t see even with a microscope,” Patel said. “It’s a privilege to be the first one to see these events taking place at a molecular level.”

About Us, Congratulations, Research Projects

U of I Molecular Modeler Jagdish Patel worked with Canadian scientists to screen several common food additives or contaminants. They discovered that the commonly sprayed organophosphate insecticide chlorpyrifos puts the break on the burning of calories in the brown adipose tissue of mice and published their work in Nature Communications in August. Slowing down this burning of calories, a […] 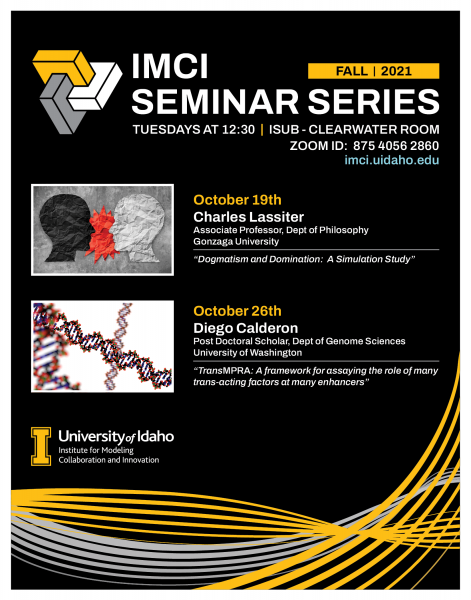